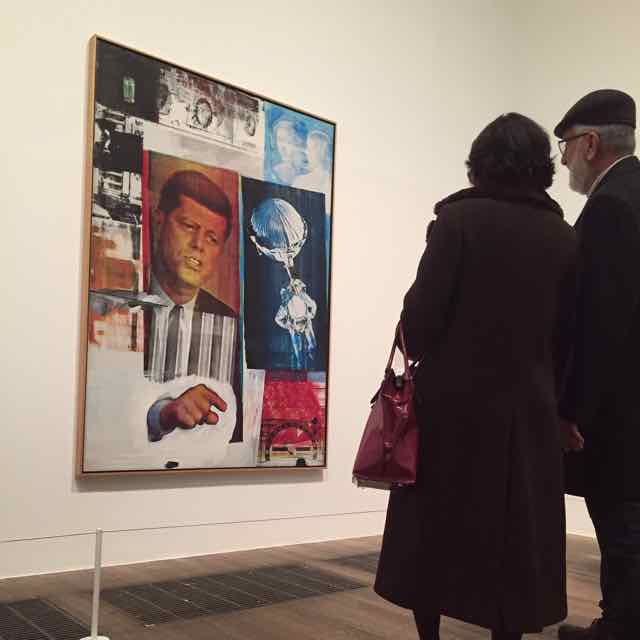 Rauschenberg’s current retrospective at Tate Modern covers the extensive career of the American artist who rose to prominence in the mid- 60s. A contemporary of Warhol, Lichtenstein, Rosenquist and his UK counterparts Hockney and Hamilton. I’ve always had a particular fondness for Rauschenberg because of his visceral approach to image-making and the propensity to refer to printed ephemera. What this exhibition demonstrates so clearly, is that through a chronological display there comes a thematic approach to creativity. Unlike other retrospectives, where we are able to observe perhaps a refinement in idea or process, but essentially we observe a collected and celebrated body of work, this exhibition demonstrates the extent of Rauschenberg’s creativity. 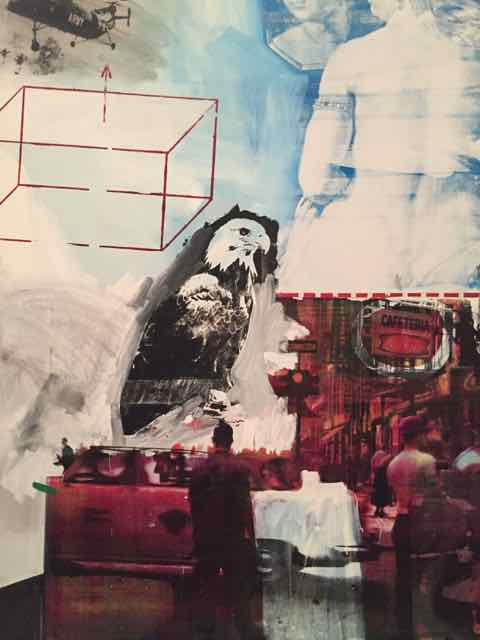 The exhibition isn’t huge, but it is extensive and it is reflective in its selection of pieces. There is the universally recognisable Retroactive II from 1964, with Kennedy’s Kitchener-like highlighted pointy finger – talking to YOU. This multi-layered, screen-printed, ephemeral, painted piece clearly sets Rauschenberg on a visual journey of what it means to be American. Hope is so clearly visible in this image; there is the engaging young President talking directly and with confidence at the viewer, with references to technology and consumerism. A new era. He references Jasper Johns as one of his key influencers, who came to prominence a few years earlier with his American Flag series and with Warhol and Lichtenstein also exploring notions of American hopes and dreams, this exhibition fits neatly into the canon. 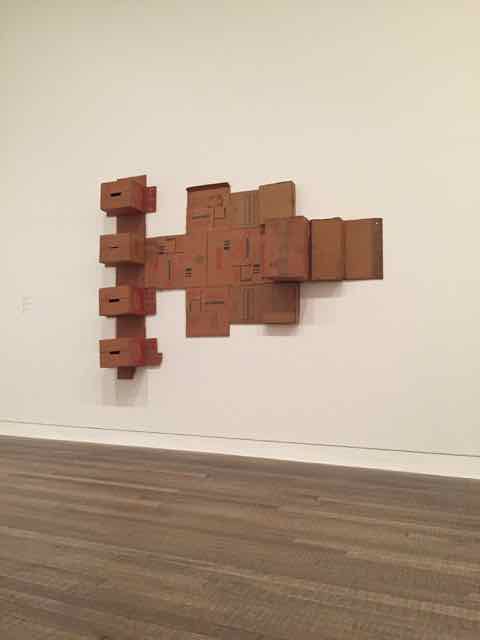 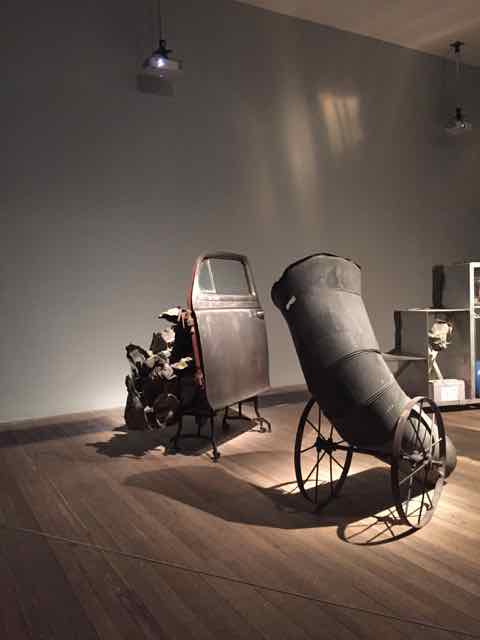 What Rauschenberg was able to achieve, in my opinion, more successfully than some of his contemporaries was a deeper and wider reaching exploration of materials and processes. Even up to his death in 2008, he was still discovering and had begun exploring the potential from the digital sphere. His ability to stretch his ideas and thoughts into completely different modes of working, is really noticeable throughout this exhibition. However, printed ephemera, typography, American-ness are themes that are consistent throughout, whilst undertones and references to key artists such as Duchamp, Cy Twombly and the aforementioned Johns can all be seen in the artworks on display. 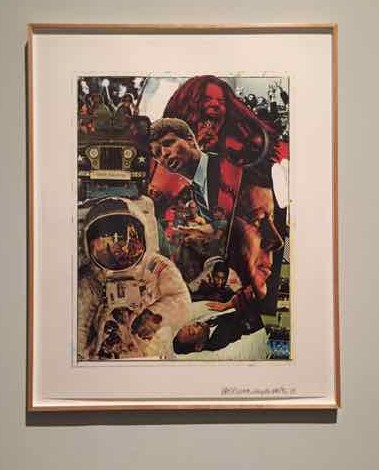 Interestingly, this collage above from 1967 (three years after Retroactive II) presents a rather different picture of America. The profile of JFK, looks forward with sense of leaving the chaos of past behind him which he appears to be ignoring. The chaos of Vietnam, the assassination of MLK, with Janis Joplin screaming from the top are clearly identified through overlaid images showing turmoil and insecurity. Perhaps Robert Kennedy can be the saviour, in amongst the chaos and central in the frame. Little did Rauschenberg know, but within a year Robert Kennedy would also befall a tragic assassination.

A thoroughly engaging exhibition that is able to be understated, whilst leaving a distinct impression about hope, patriotism and how powerful creative energy can be.

In Exhibitions, Posters, Print on February 1, 2017

Rockwell, Roosevelt and the Four Freedoms