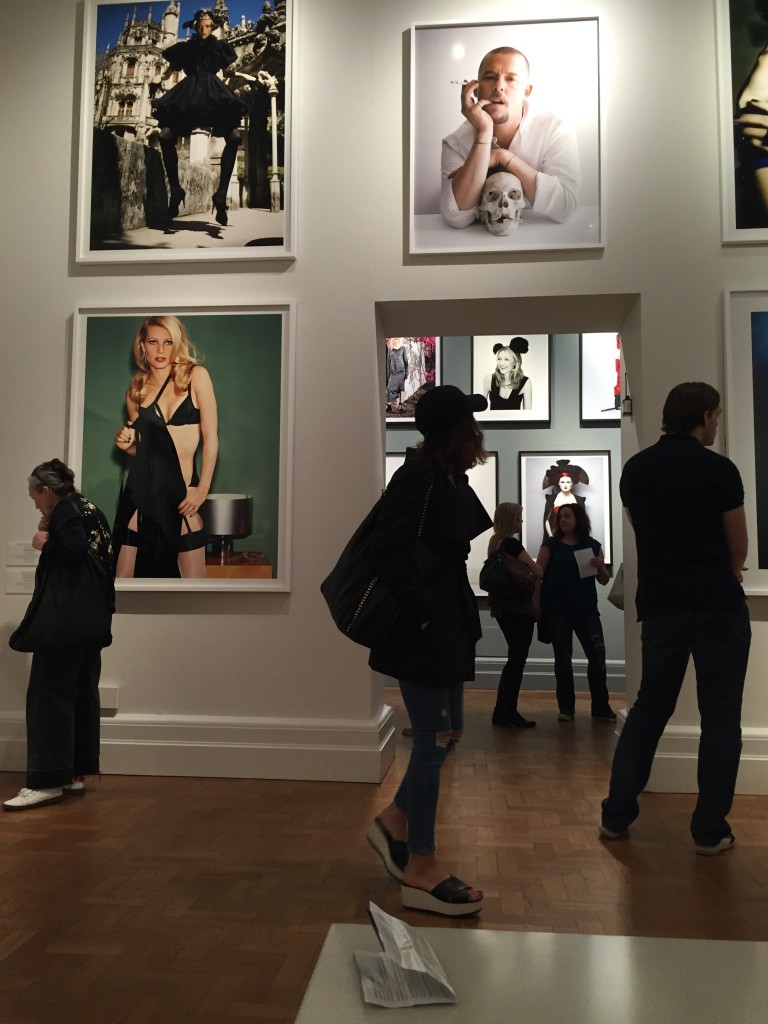 One hundred years of the cultural behemoth, which is Vogue was an exhibition that I have been eager to see for months. I managed to get in, using my best charm offensive as I hadn’t booked, just a few days before it closed at the National Portrait Gallery. Considering it was a week from the end, it wasn’t too crowded.  The organisation of the exhibition felt disorganised and unclear, which imbued a sense unease. This would not be a problem if the exhibition was thematic, as opposed to chronological but I do find it very disconcerting if I feel I am not seeing the exhibition in the order that it was designed in – the narrative of the exhibition becomes disrupted.

The other major issue I had was with the NPG’s obsession with Margaret Thatcher. Once again, the curatorial team seem to place far too much emphasis on the space and proportion given to the former British Prime Minister. This has happened before. The stunning Vanity Fair exhibition of 2008, placed an oversized portrait of Thatcher at the entrance of the exhibition. What is important to remember is that VF is both American and explicit in it’s focus on Hollywood and glamour, with very few exceptions. Cross-referencing this against the disproportionately small prints (around A4) of the Liebowitz’ portrait of a heavily pregnant, Demi Moore from 1991 that are a quintessential moment in magazine design history, left me wondering whether the curatorial team understood what VF was about. To then be confronted with this rather out of place and ridiculously oversized, over-positioned image of Thatcher, makes me question whether the NPG are able to deal with contemporary fashion photography exhibitions in an unbiased way. Or, maybe what this tells us is that all curatorial activity is affected by the cultural disposition of the team.

The images were visually rich and luscious in their print quality. Drawing on an extensive archive; from the exquisite and understated glamour of Irving Penn to the bordering on the surreal of Tim Walker. The hang was on the whole highly accomplished; there were rooms to be experienced as a whole, prints to get close to and stand back from and cabinets that showcased the magazines. Although, the cabinets provided a chronological confusion as one side went from 1916- to approximately 1992, then the other side of this thin corridor went from 1920 to current day, which was hugely confusing when garnering a sense of visual development. Overall, an exhibition experience that was poorly designed and that had a dramatic impact in the telling of a fundamental aspect of magazine history. I was left with a sense of dissatisfaction and frustration.